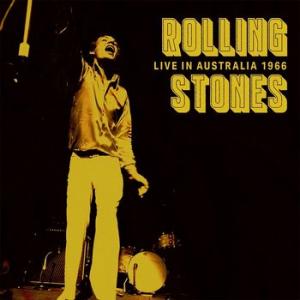 The Rolling Stones, live in Australia 1966

The Rolling Stones touched down in Sydney for their second Australasian tour on February 16th 1966. Although the local press was hostile, they turned in some typically exciting shows in front of hysterical crowds, showcasing both their early material and more recent, self-penned tracks (including their latest release, 19th Nervous Breakdown). This set presents two shows – in Sydney and Melbourne – alongside their press conference upon arrival and a radio interview. Combined with background notes and images, it’s a fascinating document of the world’s greatest rock’n’roll band at a vital point in their development.