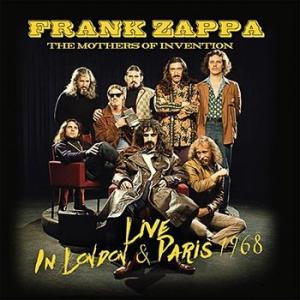 The first was performed for BBC TV's Late Night Line-Up on October 23rd, while the second came three days later at the Paris Olympia.

Both find the band on typically adventurous, iconoclastic form and are presented here together with background notes and images.

Frank Zappa & The Mothers Of Invention

Frank Zappa And The Mothers Of Invention