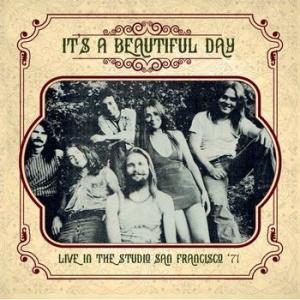 Formed in mid-1967, and led by David La Flamme’s virtuoso violin playing, It’s A Beautiful Day were an integral part of the San Francisco music scene in the late 60s and early 70s. Originally broadcast on KSAN-FM 95.5, this superb studio set from the Pacific High Recording Studios, offers a selection of classics from their first two albums (including their signature piece, White Bird), and is presented here together with background notes and images.