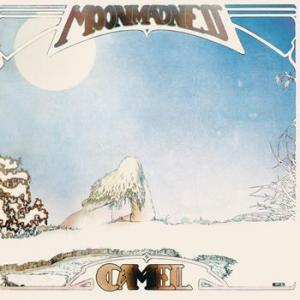 Camel is an English progressive rock group formed in 1971 fronted by Andrew Latimer. Moonmadness was their fourth album and the last to feature the original band's line-up, and was released in 1976. The album has an overall theme but was a loose concept based on the individual personalities that made up Camel. This special edition coincides with the Moonmadness tour for 2018 where the band will perform their complete album in its entirety and other songs from their vast repertoire. It is pressed on 1.000 individually numbered copies on silver vinyl.