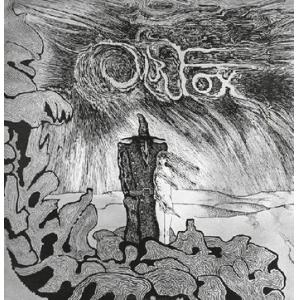 This is the official re-release on vinyl under licensed courtesy of BMG Rights Management,UK, remastered from an original master copy out of the vaults of BMG,originally released in 1970 on Transatlantic Records.Mr Fox were an early 1970s British folk rock band. They were seen as in the ‘second generation’ of British folk rock performers and were compared with Steeleye Span and Sandy Denny’s Fotheringay. They demonstrate the impact and diversity of the British folk rock movement and disbanded in 1972 having recorded two highly regarded albums.Married couple Bob Pegg (organ) and Carole Pegg (violin), started as a folk duo. For their first album they recruited Alan Eden (drums), Barry Lyons (bass), Andrew Massey (cello) and John Myatt (clarinet, bass clarinet, bassoon) and adopted the name Mr Fox, which was also the title of their signature song, based on a bloody English folk tale - a version of the Bluebeard legend - in which a young woman outwits a serial killer. Mr Fox's first album is a classic of its own within the loose realm of British 'folk-rock'. They put themselves in the ranks of other great post-Fairport acts like Trees and Spirogyra. Stellar vocal harmonies, skillful arrangements and playing make this album irresistible. The use of classically trained musicians and the wide variety of instruments (including electric organ, melodeon, tin whistle, terrapin, fiddle, cello, flute, clarinet, bassoon, in addition to electric bass and drums) produced a hybrid sound which was predominantly acoustic in character. Carole Pegg is a gifted violin-player and the cello adds a special flavor at times.The stories they tell in their songs are very sinister, which is intended due to tradition. The album was well received by the music press and was made Melody Maker folk album of the year. Album comes with insert including bandstory and rare photos. Don`t miss the nearly forgotten pearl of English Folkrock!