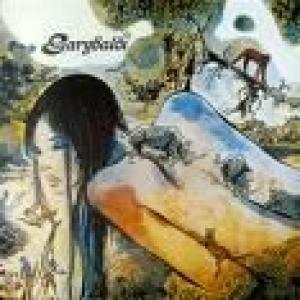 From Genova, the legend of Garybaldi started back in 1965 when the group Gleemen was founded. Gleemen was the same exact line- up of Garybaldi, and they released one only album under their first name, in 1970, that will be also reissued on vinyl in the following months.

One year after the release of the Gleemen album, which is Hendrix rock inspirated rather than prog, the band decided to follow the progressive trend and changed their name to Garybaldi, forging a legend of Italian prog for the future generations. They released their debut album in 1972, Nuda, keeping the Hendrix- inspired guitar playing of Bambi Fossati but showing a stronger progressive orientation. It came with a beautiful artwork in triple gatefold cover.

Now here's an exact repro of the rare original album , 500 copies only. Grab this important piece of Italian prog while you can!!! First time ever vinyl reissue!!!