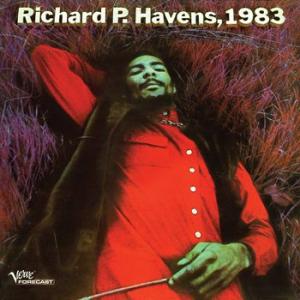 Richie Havens was an American singer-songwriter and guitarist. His music encompassed elements of folk, soul, and rhythm and blues. He is best known for his intense and rhythmic guitar style (often in open tunings) and soulful covers of pop and folk songs.

His opening performance at the 1969 Woodstock Festival catapulted him into stardom and was a major turning point in his career. Many of the artists scheduled to perform after him were delayed in traffic and so he just carried on playing, holding the crowd for nearly three hours. He was called back for several encores and, having run out of tunes, he improvised a song based on the old spiritual "Motherless Child" that became one of his best known songs "Freedom".

He released a steady stream of albums during the 80s and 90s, and in 2000 Havens joined the electronic music duo Groove Armada for the retro 1970s-style song, "Hands of Time". The song was featured on the soundtrack of the film Collateral; and was also used in the films Domino, A Lot Like Love, and Tell No One. He performed a rousing rendition of “Going Back To My Roots” with the band at Glastonbury in 2002.

Richard P. Havens, 1983 is a 1969 double album featuring a combination of studio recordings and live material recorded in concert in July, 1968. Notable songs include "Handsome Johnny" and the singles "Stop Pushing and Pulling Me" and "Indian Rope Man". The album was critically and commercially well-received, reaching number 80 on the Billboard Pop Albums chart.