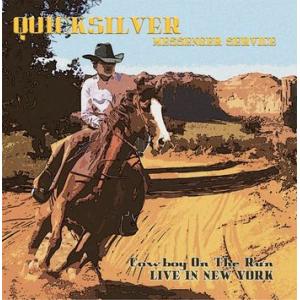 This unique show offers up a slice of QMS history with most of the band following other pursuits shortly after. Valenti carried on his solo career while Cipollina took Olsen into various offshoot projects. Duncan relocated to Hawaii, Elmore dropped into the background and Lewis ventured deep into the disco scene, the conclusion of a period that had promised so much more. Many of the shows on the Solid Silver ‘comeback’ tour of 1975/76 brought Quicksilver back into the club scene, playing in more intimate surroundings such as My Father’s Place in Roslyn, New York. It harked back to their days as psychedelic protagonists from San Francisco. Their appearance here in 1976 reflects times gone by and allows the band to enjoy their respected repertoire that had brought them the deserved attention in the late 1960s.