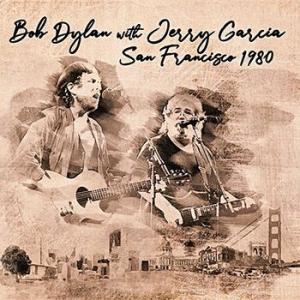 It is 16 November 1980 at The Fox-Warfield Theater in San Francisco. Two giants of the US counter-cultural scene take to the stage together for a night to remember. This is the start of a long musical collaboration spanning fifteen years up until Garcia's death in 1995.

This album features the live recording of the gig first broadcast by KSAN-FM radio station in San Francisco. The set list provided a perfect balance between classic Dylan hits and songs from his Christian Trilogy of albums, with Garcia's accomplished and sophisticated guitar accompaniment on seven of the tracks featured here.

Sit back, and enjoy the start of a beautiful, musical friendship.