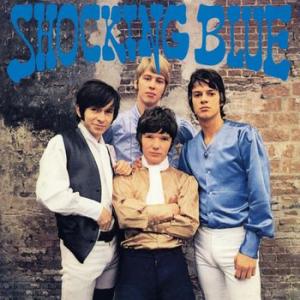 The Dutch rock band Shocking Blue spawned a number of psychedelic rock hits during the 1960s and 1970s. They released their self-titled debut album back in 1967. Their first album is recorded with Fred de Wilde on vocals, before Mariska Veres was introduced to the band. Shocking Blue consists of some early Nederbeat songs including their first hit song "Love Is in the Air". The warm and deep songs are influenced by rock & roll and even some progressive rock.

The 50th Anniversary edition of Shocking Blue is available as a limited first pressing of 1.000 individually numbered copies on blue vinyl.