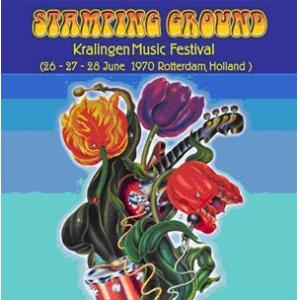 I"n" the early seventies in Europe there was still space for some "good vibrations", as proved by the Kralingen Pop festival, near Rotterdam, on June 1970. The event, documented by the movie Stamping Ground, is often remembered as the European Woodstock, because of the presence of many artists that had already played on that historical three-days concert, like Santana", Jefferson"" Airplane, Canned Heat, Country Joe. But the Kralingen festival also showed how vital was the British scene on that period, offering great perfomances by bands like Pink Floyd, Soft Machine, East Of Eden, Caravan, Fairport Convention, Family, T. Rex..."""