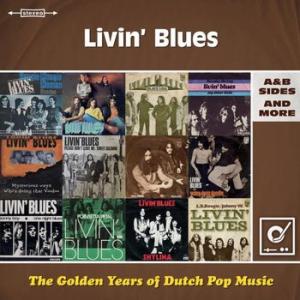 Livin' Blues was founded in the late sixties in The Hague by Ted Oberg, other members were Nicko Christiansen and John Lagrand. The band's sturdy blues rock had an almost universal appeal and they performed for crowds in Poland, England, Switzerland and of course all over the The Netherlands.

On the double vinyl album included are B side singles like "My Sister Kate", "One Night Blues", album tracks "Bamboozle", "Diving Duck Blues" and many more Dutch blues songs taken from their vast repertoire.

The Golden Years of Dutch Pop Music is a new Music On Vinyl series of compilation albums by Dutch bands that were not only ground-breaking and successful in the sixties and seventies in the Netherlands but also far beyond the Dutch borders. Each double album collects the most important original A sides and a selection of B side singles. Remastered audio for vinyl, redesigned artwork, including English liner notes and where possible the albums are completed with relevant album tracks.