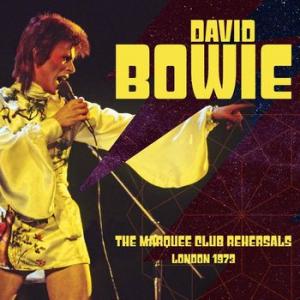 Recorded at London`s legendary Marquee Club in October 1973, these recordings are taken from Bowie`s rehearsals in preparation for a television show to be broadcast that he had named the 1980 Floor Show. The rehearsals show David and his band, Mick Ronson – guitar, Trevor Bolder – bass, Mike Garson -piano, Aynsley Dunbar – drums and backing singers, the Astronettes, running through songs taken from his breakthrough album The Rise and Fall Of Ziggy Stardust and the Spiders From Mars, and the follow up album Aladdin Sane, his recently recorded collection of cover versions Pin Ups LP and some songs from the forthcoming Diamond Dogs album. This collection includes alternative versions and different takes of these now well-known songs and are a fascinating glimpse of David Bowie at the height of his early success.