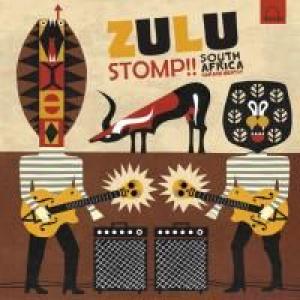 While national newspapers portrayed them as '' hordes of sloppy,  aggressive,  be- jeaned louts and their girlfriends who cause so much trouble in South Africa'' ,  a whole new generation of garage rockers was flooding the clubs with savage,  primitive fuzz sounds. No doubt South Africa was the in- place in Mother Africa in the 60’s,  with a strong scene as can be heard on the Cazumbi compilations and this new Zulu Stomp that is exclusively dedicated to that country.
Expect some of the best garage music you’ve ever heard from Africa,  and don’t miss this one if you liked these Cazumbis,  or you’ll regret!!!

This release includes as insert with linernotes plus a bunch of rare photos. Great remastered sound as well.
Featuring: A- Cads,  Freedom's Children,  Invaders,  The Kynd,  The Zeros,  Upsetters,  Navarones,  Hoochie Coochies...and more!!"