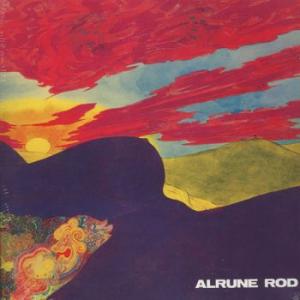 Alrune Rod is the Danish name for the mythical mandrake root and was the name for one of the most popular hippie bands from Denmark. They shared the stage with Pink Floyd and Led Zeppelin among many other famous bands. The songs from the first album and single by Alrune Rod were well-rehearsed before going public. Therefore the band had material ready when they started to play heavily across Denmark in 1969. Alrune Rod’s first album with the lyrics assisted by Laus Bengtsson was composed as a whole, or concept album, in terms of the lyrics. This first album belongs to the top of the Danish underground scene among Young Flowers, Culpeper's Orchard, Burnin Red Ivanhoe, Pan, Hurdy Gurdy, The Old Man & The Sea, just to name a few. Their musical style is often described as a hybrid between THE GRATEFUL DEAD and early PINK FLOYD. They initially composed fairly long songs, typically of 10 to 13 minutes of length which blended the heaviness of the blues rock with the complexity of art rock, some of their compositions bordering on being symphonic. Original first albums are incredible hard to find in nice conditions since they have been played far too often in many cases. Alrune Rod's first album could be easily compared to the early albums by Pink Floyd, stoned and trippy, an interstellar overdrive music masterpiece!