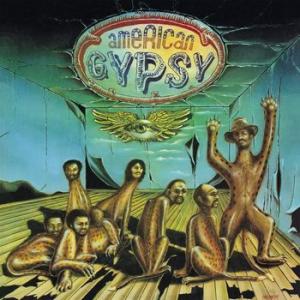 American Gypsy is a funk group of American origin, who began playing in Los Angeles, Spain, and eventually settled in Amsterdam, The Netherlands. Their 1974 debut album is a classic funk and soul album and was also released in the US, UK, Germany, and other countries. It features the single “Angel Eyes”, which hit number 8 on the Dutch Singles Charts, and more funky songs like “Stuck On You”, “10.000 Miles”, the Barry White-ish “Inside Out”, the classic “Lady Eleanor”, and more.

Angel Eyes is available as a first ever official reissue on coloured vinyl. Pressed in a limited run of 1000 individually numbered copies on gold coloured vinyl, the album is housed in the original 1974 Dutch painting cover sleeve.