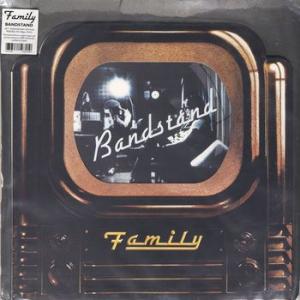 'Bandstand', from 1972, is Family's best known and most successful album and contains the band's biggest hit, 'Burlesque', and the classic ballad, 'My Friend The Sun'.

The last album to feature John Wetton, prior to his departure to King Crimson, 'Bandstand' featured a harder sound, yet still retained the inventive art-rock quirks that made the band such a unique proposition.

This edition is pressed on heavyweight (180g) vinyl and packaged in a radio-shaped gatefold sleeve that mirrors the original iconic artwork (with window patch and shaped inner bag too!).

This reissue is strictly limited to 2000 individually numbered copies and is the first in a series of re-mastered classic albums from the Family catalogue to be released on Madfish.