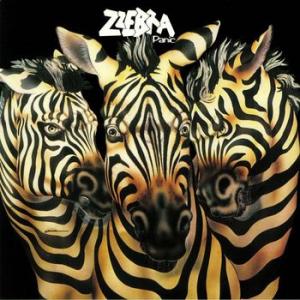 Zzebra were at the forefront of mid 70's progressive rock that threw jazz, rock, and African rhythms into a huge fusion blender. Created by an amalgamation of two important figures: the saxophonist Dave Quincy from IF, and the Nigerian flautist and saxophonist Lasisi 'Loughty' Amao from Osibisa, Zzebra, joined then by Tommy Eyre, John McCoy Liam Genockey, Alan Marshall and the only 17-year old guitarist Steve Byrd.

Panic is the second studio album of the band recorded during the summer of 1975 and includes, among the others, the highly inventive instrumental interpretation of 'You've Lost That Loving Feeling', the atmospheric 'Liamo', the groovy 'Put A Light On Me', and concludes its journey with the killer tracks 'Return To Forever' and 'La Si Si-La So So'