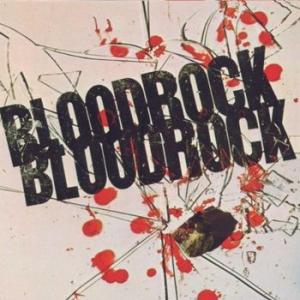 1969 saw the first rumblings of heavy metal with debut releases from bands likes of Mott the Hoople and Grand Funk Railroad. Bloodrock, a Texas-based quintet, also released their debut during this time (and like Grand Funk Railroad, they were managed and produced by Terry Knight). Bloodrock may not be as well remembered today as the aforementioned groups, but their first release remains a cult favorite among fans of hard rock. Their sound is reminiscent of Deep Purple, with electric guitar and organ dueling over a throbbing beat. However, Jim Rutledge's gruff, whiskey-throated vocals lend a rural tinge to the group's music that sets them apart.

As expected for a heavy metal band, the songwriting themes tend to be pretty ominous: "Double Cross" is a gleeful hymn to revenge, and "Timepiece" recounts the final thoughts of a death row prisoner about to be sent to the gallows.