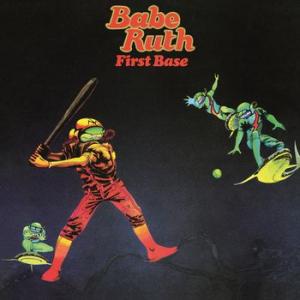 First Base is an album by British rock music group Babe Ruth. It was released in September 1972 and went gold in Canada, and sold very well in the US.

It was their biggest success, both in terms of popular and critical acclaim. This LP defined an interesting junction between hard rock and progressive rock.

The album contained "The Mexican", the band's classic song which includes a theme by western soundtrack composer Ennio Morricone. "The Mexican" has been covered and remixed many times. Other highlights include the powerful rock number "Wells Fargo", "King Kong", and "Black Dog".

The album cover was painted by Roger Dean, who illustrated many Yes albums.