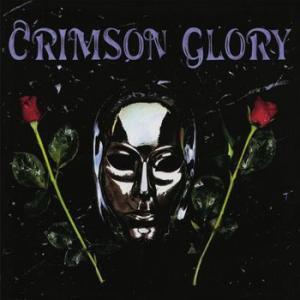 The progressive metal band Crimson Glory formed in Florida in 1982 and consisted of vocalist Midnight, guitarists Jeff Drenning and Ben Jackson, bassist Jeff Lords and drummer Dana Burnell. They played together for four years before recording their debut album Crimson Glory in 1986. Tight harmonies and soaring vocals are featured prominently on this release. The band wanted to be immediately identifiable from other metal bands, so they wore full-face metallic silver masks on-stage, for all photo shoots and public appearances. Following the release of the debut album, these were toned down to smaller half-face masks. Midnight was an astoundingly powerful vocalist, so in addition to their identifiable look, they were easily identifiable in sound.

Crimson Glory is available as a limited edition of 2000 individually numbered copies on silver coloured vinyl. The package includes an insert.