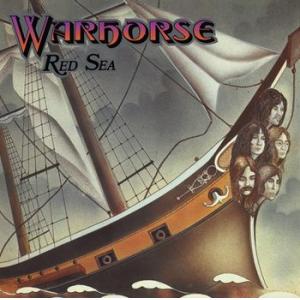 ‘Red Sea’ was the second album from the excellent rock band, founded by ex-Deep Purple bassist Nick Simper. As with many original Vertigo releases, collectability and costs have been steadily increasing over the years, as its availability becomes rarer.

The album is a truly long lost classic. It features Pete Parks, formerly of Black August on lead guitar, having replaced Ged Peck. Originally released in 1972, it proved to be their final release for the label, as the band then underwent several personnel changes before finally breaking up.

Among the original seven LP tracks is a stunning version of the Shirley Bassey hit ‘I (Who Have Nothing)’, as well as the title song, and such surging rockers as ‘Back In Time’ and ‘Feeling Better’.