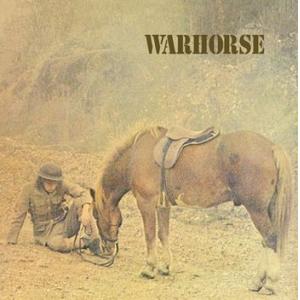 As an alternative to prices in the several hundred mark for a mint original, this LP is now available once again as the most collectable re-issue version on the market of this historic Vertigo album.

Warhorse was formed by former Deep Purple bass guitarist Nick Simper and their debut album was first released in 1970.

The seven hard rocking tracks include such titles as ‘Vulture Blood’ and ‘Woman Of The Devil’, along with the band’s version of the Easybeats’ song ‘St. Louis’, also issued as a single. A highly underrated outfit, Warhorse had a lot of potential, as can be appreciated from this great debut album, which has since joined the ranks of one of the essential early Vertigo releases.