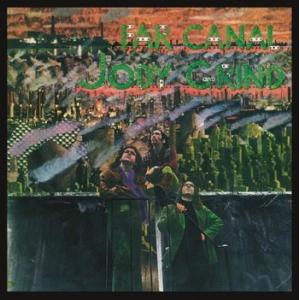 Jody Grind's second and final record Far Canal is a much sought after proto-prog album. The sound of the group, while still in the early British serious progressive rock bag, had somewhat changed compared to their debut. The jazzy inclinations of the debut are mostly gone, save the atypically tasteful instrumental "Ballad for Bridget." On "We've Had It" and parts of "Vegetable Oblivion," there was a classical melodic influence that is more accessible than anything on the first album. It is somewhat more in line with groups such as Yes, though Jody Grind were far less cheerful.

On this record you can hear chops of heavy, somber organ-guitar interplay. While the presence of three consecutive tracks titled "Plastic Shit," "Vegetable Oblivion," and "Red Worms and Lice" might lead you to expect some Frank Zappaesque, progressive hard rock pieces.