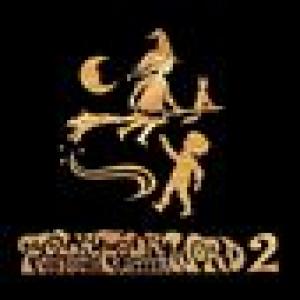 Vinyl vulture, recording artist, producer and DJ Andy Votel returns with another twenty track cross-continental compendium preaching to converts of acidic-folk, hippie-rock, loner music, folksploitation, protest peons and commune country rock from the outer-limits of the mutant folk revival of the late sixties and early seventies.
For you rare and special breed who spend countless hours rummaging through dusty attics in far-flung record shops, splurging inordinate amounts of money on eBay acquiring those elusive and pricey originals, Andy has once again delved deeper and further to bring you the best of a new bunch of unknown, underappreciated and misplaced folk pioneers.
Scores of compilations have sprung up since Volume One first caught the imagination of a fledgling revival, but none have gone so far as to scratch the surface. As weirdy-beardy scholars and dyed-in-the-wool fans endlessly debate the true meaning of 'folk', Andy has gone one better and gone straight to the source - courting the unsung heroes and originators of folk movements all over the world as well as riding the cusp of the new folk movement working with the likes of Voice of the Seven Woods and SamandthePlants as well as appearing at all of the big folk events of 2006 - including Moseley Folk Festival, Green Man and Llama.
So here it is, housed in exclusive Andy Votel artwork and sleevenotes, this is a foray into the unknown - the majority of the tracks featured are presented here for the first time on CD, and indeed in some cases for the first time ever away from their original rare-as-hen's teeth vinyl releases.