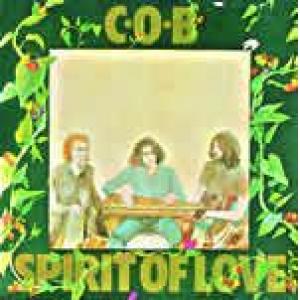 Originally released in 1972 on the CBS record label. C.O.B. stands for 'Clive's Original Band', Clive being Clive Palmer who played on the first Incredible String Band LP and then took his advance and disappeared to India!. Upon his return he played with Wizz Jones and founded the now defunct Famous Jug Band. All the guys in the band have known hard times - two winters were spent living on potatoes, flour and water in an old caravan miles from the nearest road, but all the time making music. This album hopefully captures some of that music and atmosphere. C.O.B. are Clive Palmer, John Bidwell and Mick Bennett. Guest appearance by Ralph McTell who also produced the LP and wrote the sleevenote for it! track listing: 1. Spirit Of Love 2. Music Of The Ages 3. Soft Touches Of Love 4. Banjo Land 5. Wade In The Water 6. Scranky Black Farmer 7. Evening Air 8. Serpent's Kiss 9. Sweet Slavery 10. When He Came Home