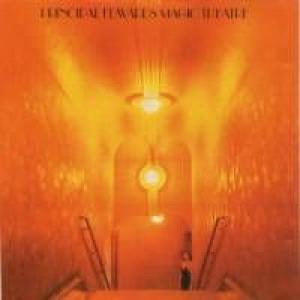 There are whispers of Cherry Red Records releasing a luxurious Dandelion 45s (singles) Box Set with the participation of Clive & Shurley Selwood and many of the legendary labels artists? Whilst John Peel fans and music collectors alike wait with anticipation to see if the rumours are true, Cherry Red releases two albums from the Dandelion catalogue to whet the appetite, both from the curiously spectacular, Principal Edwards Magic Theatre.
The multi-media PEMT cut a compellingly original swathe through a late-1960s music scene seemingly inhabited by wall-to-wall blues bands. Their first ever gig was witnessed by benefactor and producer John Peel. The legendary DJ promptly signed them to his Dandelion label. I guess he liked what he heard, says guitarist and chief songwriter Root Cartwright.
A stand-alone single released before the first album, Ballad (Of The Big Girl Now And A Mere Boy)/ Lament For The Earth, is included in this package as a bonus track.
Soundtrack hit the record racks in August 1969, the third Dandelion long-player to be released in short order following debut efforts from folksingers Bridget St John and Beau.