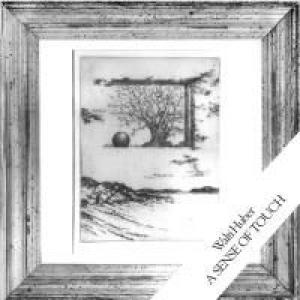 There is some magical albums for the folk- psych, folk- prog and folk- rock fans in the early 80s, which have been resurfacing lately. These albums really kick- off a very high percentage of the 70s records of the genre; while some records are being constantly over- rated only for being original 70s recordings, some others seem to be under- rated only for being 80s recordings.
Guerssen wants to do his part on this, and throws light to some of these wonderful albums for you to discover. First was Bob Theil, now we go with Walti Huber.
Walter Huber is a Swiss musician now living in Germany, who auto- produced this tremendous album in 1984. It was his second, and I must say its a masterpiece. Entirely sung in English with words by poet William Blake, all music by Walti himself. Serene, intelligent, introspective, moody songwriting and production, with some fantastic electric guitar leads and male/ female vocals in some tracks, all in a rainy day atmosphere that captivates you from the first listen. A real must have album for all progressive- folk lovers. Three bonus tracks have been added from his first work with the group JETSAM in 1988, so wonderful.
Mastertape sound reissue with booklet, photos and infos. Jewelcase with outer carton slimcase cover.