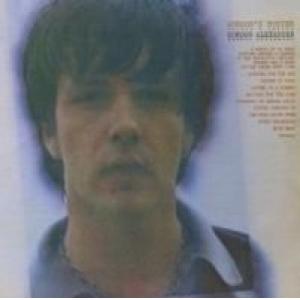 This enigmatic singer-songwriter was hyped alongside Harry Nilsson and Randy Newman in 1968, but his sole album - released that August - swiftly sank into obscurity. Co-produced by the legendary Curt Boettcher (whose Millennium bandmates are also featured) and arranged by David Angel (best-known for his timeless work on Love’s Forever Changes), it’s a lost classic of West Coast psychedelic pop, and makes its long-overdue CD debut here, complete with explanatory liner notes.
Track Listing
1. Looking For The Sun
2. Letter To Baba
3. Topanga
4. Autumn Is A Bummer
5. A Bunch Of Us Were Sitting Around A Candle
In San Francisco Getting Stoned And I Hope
You're There The Next Time
6. Waiting For The Time
7. Thinking In Indian Again
8. Puppet Theatre 23
9. One Real Spins Free
10. Windy Wednesday
11. Miss Mary"