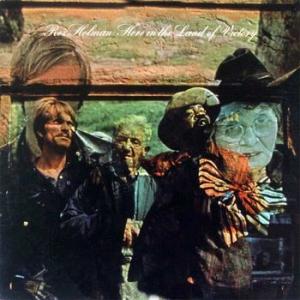 Bit-part actor Rex Holman is perhaps betterknown to Star Trek and Monkees fans than music enthusiasts, but connoisseurs of acid folk have long treasured this, his sole album, which originally appeared in 1970 (when he was already 42 years old).

A hypnotic blend of melodic, contemplative songs and philosophical lyrics, sung in Holman's quavering voice (which has been compared to Tim Buckley's), set to acoustic guitar, sitar and tabla, it's nothing short of an overlooked minor classic, and is sure to appeal to fans of artists such as Damon, Pat Kilroy and Mark Fry.

1. Here In The Land Of Victory

5. Listen To The Footsteps

7. Sit And Flatter Me