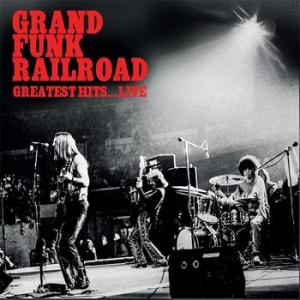 It’s hard to believe that a band who once sold-out New York’s Shea Stadium faster than The Beatles, and were the first US rock band to have 10 platinum discs in a row, should lay in the virtual shadows of notable greats such as Sabbath or Zeppelin. Blue-collar America adored their no-nonsense, loud rock’n’roll, but Grand Funk (Railroad) bore the brunt of critic's jibes for most of their career. Eventual splits and reformations plagued the band who finally bowed out in 1983, but they survive as one of America’s greatest rock bands whose legendary performing power has come to symbolise their revered legacy.

Get Yer Vinyl Out takes you to New York, Ohio and beyond for a selection of their Greatest Hits performed live on stage. Superb, professionally remastered original broadcasts with background liners and timeline photos.