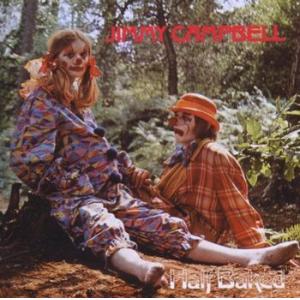 Originally released in 1970, Half Baked was the second and perhaps best known album by one of Liverpool s finest musicians, Jimmy Campbell. Previously a member of The Kirkby's and 23rd Turnoff (who recorded Campbell's Michaelangelo as a single for Deram Records), Campbell s followed up his 1969 debut album Son of Anastasia with this masterpiece recorded for Vertigo records. "

Featuring music of both beauty and melancholia, the excellent title track and the marvellous Don t Leave Me Now this newly re-mastered CD release also includes the track Lonely Norman from the 1971 Vertigo sampler Heads Together, First Round . "

Green Eyed, American Actress / Loving You Is All I Do / So Lonely Without You / In My Room / That's Right, That's Me / I Will Not Mind / Dulcie (It S December) / Forever Grateful / Half Baked / Closing Down The Shop / Don't Leave Me Now / Bonus Track - Lonely Norman"