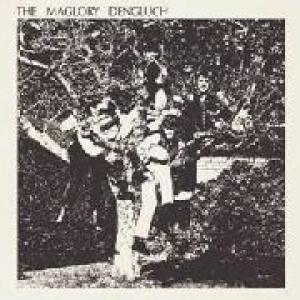 First ever re-issue of an album so breathtakingly rare that it was only faintly rumoured to even exist. Audio Archives are proud to present this totally unknown and undocumented UK folk rarity that has passed by even the most avid folk collectors around the world. This album was recorded in the memorable year of 1969 and the following summer a tiny amount of discs were pressed up mainly for friends and supporters of the group's low-key university and campus gigs. The Maglory Dengluch disbanded that same summer and 40 years later only one LP is actually known to have survived. There is a distinct Irish flavour to many of the songs on this album with tales about forgotten characters from olden days in the Emerald Isle. The instrumentation includes guitar, mandolin, harmonica, banjo, tin whistle, kazoo and jug. The lead vocals are deep-felt and rousing throughout and decorate the melodies in a unique style while at the same time traditional. This spirited CD release will appeal to those who enjoy the likes of Dr Strangely Strange, Tir Na Nog, MacMurrough, COB etc. Original artwork faithfully restored plus rare items of memorabilia and band history included."