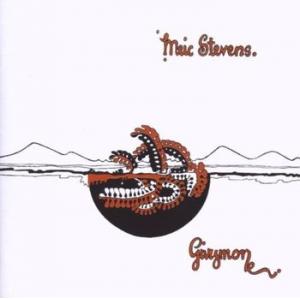 When his classic Outlander LP failed to break through in 1970, Meic Stevens' major label days were over. Gwymon ('Seaweed'), his legendary second LP, was recorded on his own terms in London in the summer of 1972, and highlights his pop sensibilities, with folk and blues influences also to the fore. It was only released in Wales in a tiny pressing, and has barely been heard since. Shortly after its recording Meic moved to France, where he spent much of the rest of the decade in exile. The album makes its long-awaited CD debut here, complete with two bonus tracks, a detailed booklet featuring rare photos and an introduction from the man himself, making it an essential purchase for all fans of psychedelic singer-songwriting. "