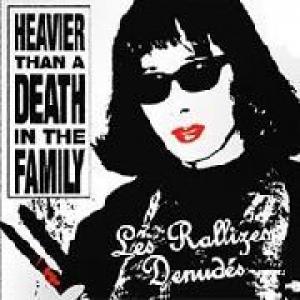 Legendary Japanese rock outfit Les Rallizes Denudes were formed in 1967 and incredibly for a group that had only one official release ('Oz Days Live', a double vinyl compilation release in 1973), played their last gig almost 30 years later in October 1996. The bands name apparently means "fucked up and naked" which more than adequately describes their music. Formed by band leader Mizutani Takashi, the music remained remarkably familiar over the years, and is best described as high volume, raw lo-fi repetitive feedback-drenched guitar noise fests with nods in the direction of the Velvet Underground and Blues Creation but without the electronics. Radical left wing politics was never far from the bands agenda, with one original band member (Wakabayashi) being involved in the Japanese Red Armys highjacking of a flight to North Korea.. Consequently, the groups live appearances became less frequent and increasingly clandestine. All the bands albums were released in very small quantities and because of the groups reputation for secrecy and violence, as well as the difficulty in tracking down their recordings, Les Rallizes Denudes has assumed almost mythical status. Tracks: Side 1 1. Strung Out Deeper Than The Night Side 2 1. The Night Collectors 2. Night Of The Assassins Side 3 1. Enter The Mirror 2. People Can Choose Side 4 1. Ice Fire."