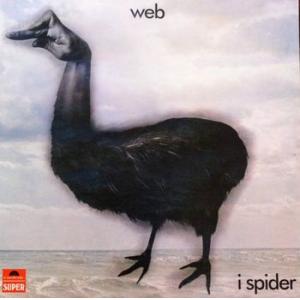 “I Spider” is truly a lost classic of the Progressive era. Originally released by Polydor Records in 1970, the album was influenced by the experiments of groups such as KING CRIMSON, GENTLE GIANT et al, but was more than a mere clone of these bands.

The group evolved from an excellent blues influenced band who released three albums for Deram, who then recruited Keyboard player and writer DAVE LAWSON and recorded their final album. The musicianship on the album was excellent and keyboard player and vocalist DAVE LAWSON’s compositions were ground-breaking and memorable. The group soon evolved into SAMURAI and Dave Lawson later joined GREENSLADE.

This Esoteric 180 GRAM VINYL reissue is remastered from the original master tapes and was cut at Abbey Road Studios.