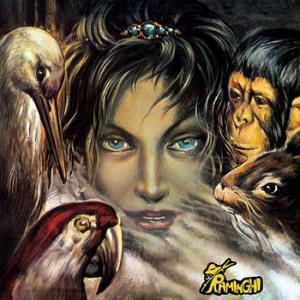 Raminghi is an italian folk-prog group from the early Seventies. After having used a couple of different names, the band, formed by bassist/singer Franco Mussita, changed its name into I Raminghi to record this sole full-length album. Through the years it became a much sought after title, so this new edition is very welcome.

The band comes from Bergamo, and like many others, was halfway between a psych-inspired beat and early progressive. Their production was all released on the small Bentler label, consisting in three singles and an album, made between 1970 and 1975.