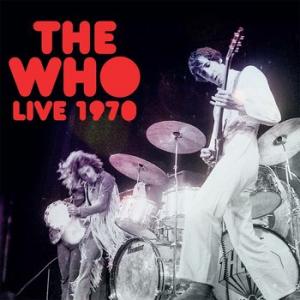 The Who, live from the Tanglewood Music Centre, Lenox, MA on 7th July 1970

Following relentless touring, a triumphant appearance at Woodstock and the release of Live At Leeds, by mid-1970 the Who were widely regarded as the greatest live rock’n’roll band in the world. Originally performed for broadcast on WBCN-FM, the explosive set presented here from Tanglewood Music Centre, Lenox, MA on 7th July 1970, finds them tearing through Tommy and other live favourites, and is accompanied by background notes and images.