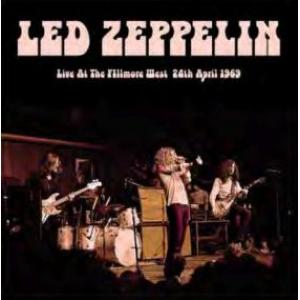 Led by veteran guitarist Jimmy Page and featuring the shouting of Robert Plant, Led Zeppelin began their conquest of American rockdom here just three months ago. At that time, I thought them a sure bet for great success and heard in their work a potential for firm, significant contributions to the nebulous music world in which they exist. Success the Zeppelin has had but their first set last night showed little of the musicianship I heard in January. Led Zeppelin has become overblown. Amplifiers are too loud, especially for stars Page and Plant. Drummer John Bonham has become much more visually demonstrative and less rhythmically interesting and vocalist Plant has apparently decided to go the grunt-squirm-innuendo route which made The Doors’ Jim Morrison an infamous, egocentric, theatrical bore. When Zeppelin gets into instrumental stuff, there can be no complaints. Page has more electronic ideas than anyone around and he and Plant exchange sounds and solos in a most fascinating way. [-P.Elwood / Examiner/April 25, 1969]