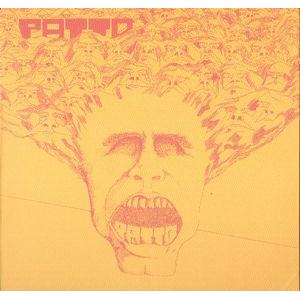 Re-issue of this 1970 recording originally released on Vertigo, Patto were an unequaled force in the UK rock scene producing two notable albums for Vertigo and a third for Island. Featuring the extraordinary guitar work of Ollie Halsell who is capable of reaching unimaginable peaks of distortion and jazz inspired runs on both electric guitar and vibraphone, along with a fierce rhythm section and the vocals of Mike Patto . The late Mike Patto was wild man of U.K. rock who spent time in the Bow Street Runners, Spooky Tooth and most notably Timebox (which became into Patto).