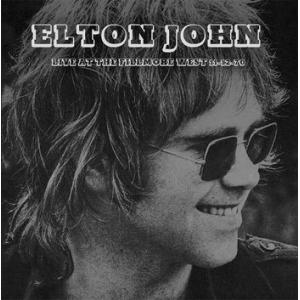 By 1970, Elton John’s star was in the ascendant. His self-titled album and third studio album Tumbleweed Connection were released, sparking hailed successes and produced remarkable songs such as Border Song, Sixty Years On and Burn Down The Mission. Towards the end of his World Tour that year, which took in appearances in Europe and North America, he performed at the Fillmore West, San Francisco, CA on November 12th 1970, broadcast on KSAN-FM, finding him on the cusp of international success. An important document of a huge talent on the brink of stardom.