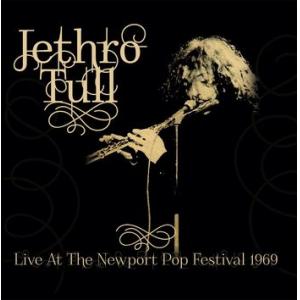 Over 150,000 attended the three-day series of concerts at Devonshire Downs, Northridge, California in late June 1969. It featured Jimi Hendrix, Creedence Clearwater Revival, Johnny Winter and Jethro Tull among the 33 acts who were largely oblivious to the violent spectacle unfolding outside the gates. Tull had just recorded a session with John Peel before flying from Heathrow to appear at what some would arguably contest; an extravaganza to rival Woodstock for size, prestige and sponsorship. Tull are on incredible form; recently completing sessions for Stand Up and having replaced an unhappy Mick Abrahams with a valuable new member in Martin Barre. The majority of the set here is to promote Stand Up with echoes of last year’s debut still fresh in the minds of their American cousins who have fully embraced the band on their second only visit to these shores. London Calling is proud to present; Jethro Tull, live from the Newport Pop Festival, Devonshire Downs CA 1969. Professionally re-mastered original KMET-FM broadcast with background liners and rare archival photos.