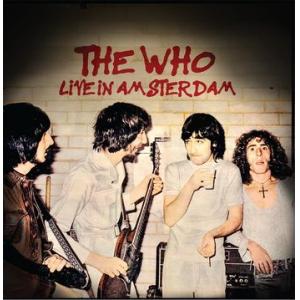 Following the release of Tommy in May 1969, the Who embarked on a series of epic concerts, soon earning themselves a reputation as the finest live band in the world. This amazing set was broadcast on AVRO-FM, in Amsterdam’s most prestigious concert hall on 29th September 1969. The only complete soundboard recording of them made that year, it boasts astounding fidelity and captures them at the peak of their powers, playing not only most of Tommy but also numerous other classics from the length of their career to date. It’s presented here together with background notes and images.