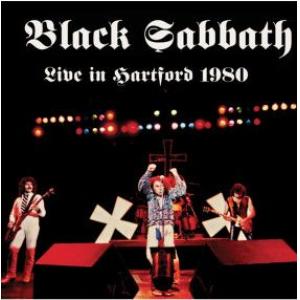 The Heaven & Hell Tour was the ninth world concert tour by Black Sabbath between April 1980 and February 1981 to promote their 1980 studio album, Heaven and Hell. The tour marked the band's first live shows with vocalist Ronnie James Dio, who replaced original vocalist Ozzy Osbourne the previous year; drummer Vinny Appice, who replaced original drummer Bill Ward in the middle of the tour's North American leg after Ward suddenly left the band due to personal issues; and keyboardist Geoff Nicholls, who played keyboards on the Heaven and Hell album and accompanied the band on this tour as a sideman. For a portion of the North American tour, which was popularly known as the "Black and Blue Tour", Black Sabbath co-headlined with Blue Oyster Cult, with whom they shared a manager, Sandy Pearlman. The arrangement reportedly set attendance records but caused friction between the two bands as well as between Black Sabbath and Pearlman.

In April 1980, Black Sabbath released Heaven and Hell, the band's ninth studio album and first with former Rainbow and Elf lead singer, Ronnie James Dio, who was hired to replace original lead singer, Ozzy Osbourne. The band began the Heaven and Hell Tour in Europe to promote their new album, which was released shortly after the tour started. The response from fans and critics was generally positive. According to Black Sabbath lead-guitarist, Tony lommi, some audience members were initially displeased that Osbourne was no longer in the band, but "eventually Ronnie won them over."

The band's stage setup for the tour included an electronic cross that flashed lights and burst into flames, which lommi said "hardly ever worked."