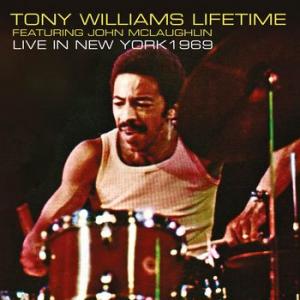 Having fearlessly merged rock rhythms with jazz during a close association with Miles Davis, in 1969 the great Tony Williams founded Lifetime, featuring John McLaughlin at his innovative best, and the mighty organist Larry Young. The trio instantly won acclaim for their fiery, uncompromising improvisations, which are typified on this amazing performance. Recorded for radio broadcast in New York at the close of the year, the set comes with background notes and images.