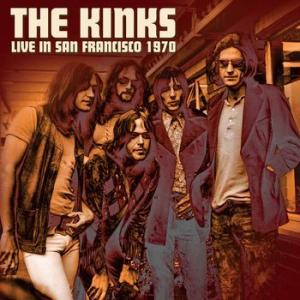 The Kinks, live at the legendary Fillmore West on November 13, 1970.

No strangers to controversy, their latest dose of outrage came by way of Lola, which would be not only one of their biggest and most memorable hits, but one which got them banned all over the place, even as the performance ban was being lifted on the group, which had prevented them from touring the U.S. for much of the 1960s. In 1970, they toured the US three times.

The third tour, lasting from November 10th to December 11th, saw their popularity climb as they filled much bigger arenas after the June release of their hit single Lola. London Calling proudly presents The Kinks, in concert at the legendary Fillmore West on November 13, 1970, broadcast on KSAN-FM. Professionally re-mastered original broadcast with background liners and rare archival photos.