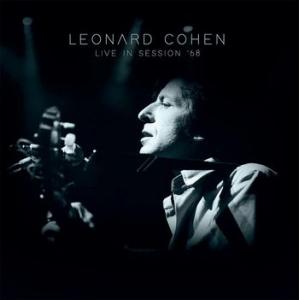 Leonard Cohen, live in session at the Paris Theatre, Spring 1968.

“Unmatched in his creativity, insight and crippling candour, Leonard Cohen was a true visionary whose voice will be sorely missed,” Cohen emerged amongst a spring of acoustic troubadours from Dylan to Simon to Mitchell, but his talent lay buried beneath the commercial appeal of his fellow folk singers. No-one could ever capture and put into words or song what Cohen somehow achieved, all delivered in that mesmerising, monotone voice. Quiet and compelling with soft, sharp and emotive undertone, his voice paints pictures like no other artist has dared to paint. Cohen’s second visit to the UK in 1968 (the first being a televised appearance with Julie Felix) was staged at London’s Paris Theatre in Lower Regent Street, the venue where historic recordings from the Beatles to the Stones had also been made just a few years before. Rox Vox proudly presents Leonard Cohen at the Paris Theatre, Spring 1968. Professional re-mastered original BBC2 TV broadcast with background liners and rare archival photos