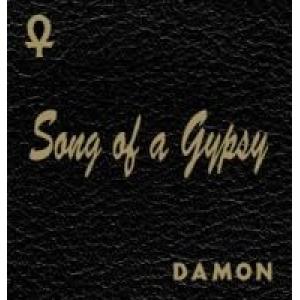 Damon is the artistic name of David Del Conte, a genius American gypsy musician who is responsible of probably the rarest and most sought- after psychedelic music album of all time.
We're talking about his debut album, '' Song of a gypsy'' , which was originally released in 1969. This album has a totally unique sound, with the '' crooner- like'' voice of Damon, the omnipresent melodic fuzz guitar of Charlie Carey and truly atmospheric melodies. Vernon Joynson on his latest Fuzz Acid & Flowers book says about this album:
- If there really is such a thing as psychedelic music, this is surely it. The Damon album is an essential purchase.
This is a new CD version of one THE ALBUM. Reproduction of the original first pressing, in textured carton and golden graved lettering, gatefold cover with brief liners in the inside."