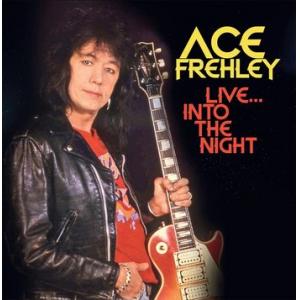 Ace Frehley’s live from Summerfest, Milwaukee, WI on 29th June 1987 Infamous Kiss axeman, Ace Frehley’s appearance at Summerfest, Milwaukee, WI on 29th June 1987, broadcast on 93 WQFM was one of the first performances to herald the arrival of the bands album Frehley’s Comet. Frehley possessed plenty of ammo musically, combined with back catalog from which he could select. Together with Frehley’s defiant bruisers Rip It Out and New York Groove, the Kiss numbers are never far away and the appearance of Shock Me, We Got Your Rock and Rocket Ride only further confirm his almost celestial status as a master guitarist.