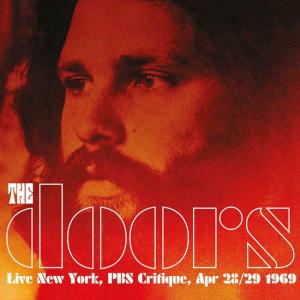 Embroiled in legal problems following the previous month’s so-called ‘Miami incident’, The Doors suffered a spate of gig cancellations in April 1969. Their appearance on the National Educational Television network’s Critique programme in New York, broadcast on WNDT Channel 13, was their first public performance since. Perhaps surprisingly, given the turmoil they were undergoing, it’s a remarkable set, showcasing material from their 1966 debut album and the forthcoming Soft Parade, as well as a rare rendition of the outtake Build Me A Woman. It’s presented here together with background notes and images.